I was going to write the Images, Ideas, and Updates blog for July 2016, when I realized these photos deserve their own little blog post. I wrote about last year’s July 4th celebration here. That year’s parade featured a scantily cad wildernes guide impersonating a park ranger, rhubarbarians, and an intense potato sack race. 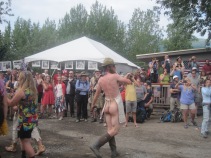 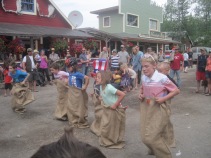 Hundreds of tourists from around the world visit McCarthy for its wacky old-school-with-a-bit-skin July 4th celebration. It is very kid friendly, but there is beer, and dogs, and men in wigs too. 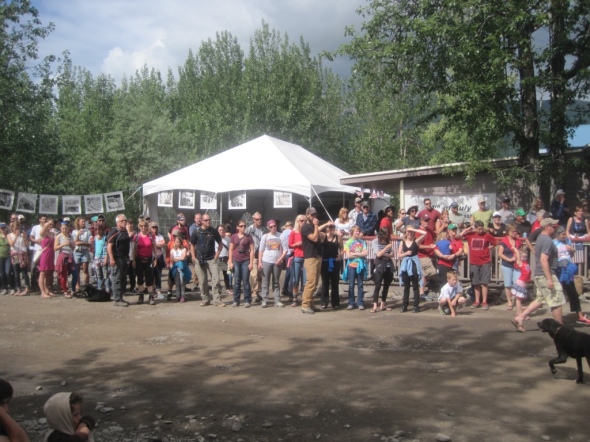 The only event in McCarthy that ever starts on time is the July 4th parade—at straight up noon the procession begins. Anyone can be in the parade. In fact, this New Yorker has a float every year. The requirements to be in the parade are simple. Just show up and get in line.

The parade always begins with our marching band. This year that included a uni-cyclist with a dog. 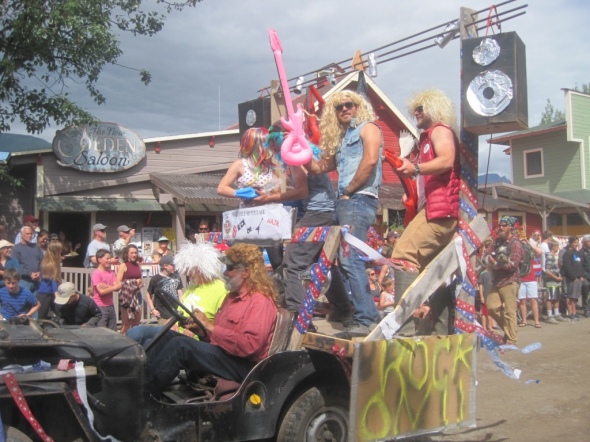 And I loved the seven Red, White, and Blue river guides with their Snow White. Rumor has it that Snow White likes to wear her gown while making quesadillas for her kids. 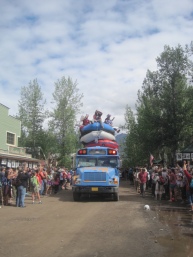 We even had a politican’s float this year. Margaret Stock is running for U.S. Senate.

The Kennecott Lodge girls are always popular. Who can resist a Russain girl who knows how to do the twist?

Our EMT service was struggling—it looks like Stephens has broken his neck. 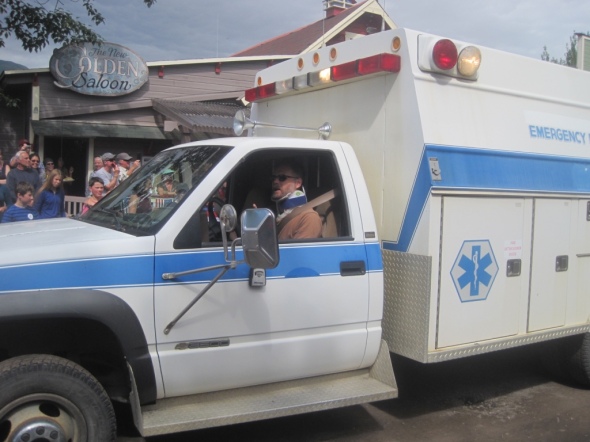 The Wrangell St. Elias National Park employee’s float was a political commentary—outhouse politics is always a hot topic. Who should pay for the toilet paper? The guiding companies or the federal government? And what about the porcupines? Who manages them? Inquiring minds would like to know.

We have a new mail service in town–they are promising to deliver. 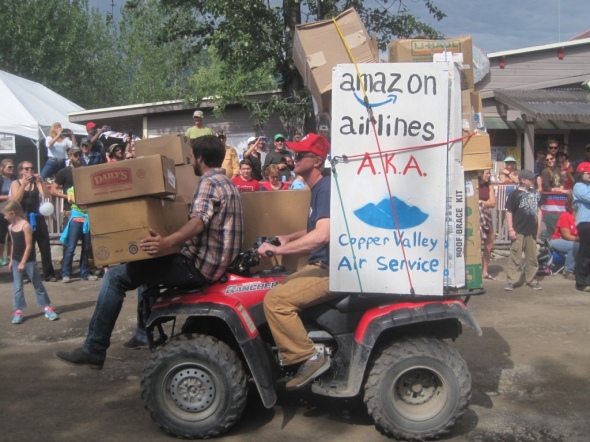 And it wouldn’t be a parade if the Fire Department didn’t squirt everyone.

After the parade, we have an assortment of old school competitions. 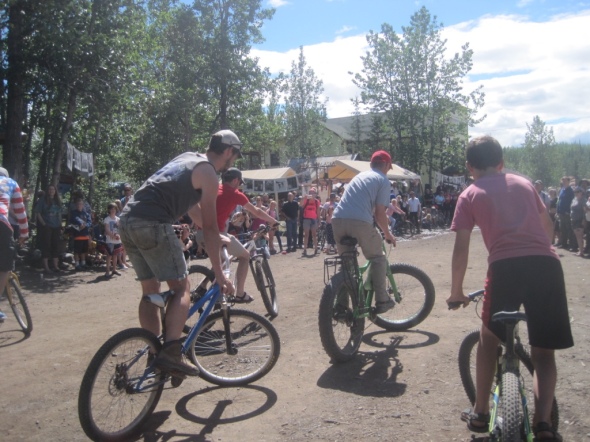 Rope on a stump—there has got to be a better name for this, but I don’t know it.

And the infamous egg toss.

Egg tossing teams have often worked together for years to hone their skills.

With each toss the competitors must move farther apart.

Until they are almost at the opposite ends of the street.

The MC’s of the event heckle as well as give play by play commentary.

And that concludes another amazing July 4th in McCarthy.

Maybe next year you will join me?

Like Loading...
11 Aug This entry was published on August 11, 2016 at 9:39 AM. It’s filed under Alaska, Just Plain Stories, McCarthy Style and tagged July 4th Parade, July 4th--McCarthy Style. Bookmark the permalink. Follow any comments here with the RSS feed for this post.

Older: All of My Life
Newer: The Fat Lady Sang in My Studio