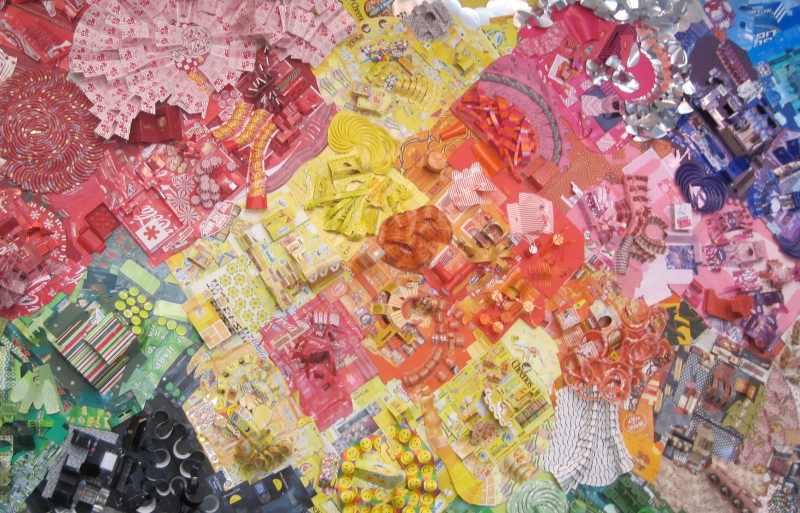 The next stop after the Witte, was the McNay. It is interesting to me that I am writing this months later, and what I remember most about the McNay is that the founder was a woman with a mission. Ohio-born oil heiress Marion McNay collected art–more than 700 important pieces, built a beautiful home to display that art, and then donate all of this along with an endowment to establish the first museum of modern art in Texas. 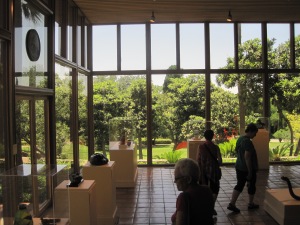 This amazingly colorful piece by sculptor Lisa Hoke is what visitors see when they first walk in the doors of the McNay. Hoke uses found materials to create wild visual celebrations of color.  With this piece as the welcoming visual–I thought I would be seeing lots of wild and wacky pieces. 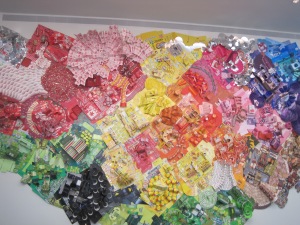 Instead, the McNay really is a single woman’s art collection–eceletic and interesting–but not necessarily cohesive. For the most part, we were not allowed to takes pictures, so my ability to show you the diversity of the collection is limited. But there was everything from an El Greco to these more modern pieces. The aerial installation “String Composition #W-25” was created by Sue Fuller and this  “Happy Snake” by Tom Otterness. 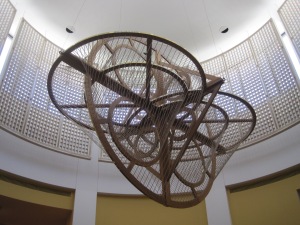 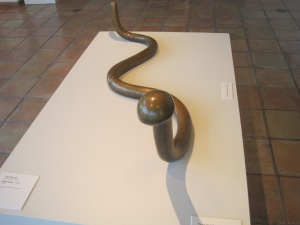 There was a large space dedicated to the Tobin Collection of Theatre Arts which includes over 10,000 scene and costume drawings, maquettes, costumes, and rare books. According to the exhibit description, “ Tobin was a true visionary in his belief that theatre designs are not only documents of past performances but also works of art in their own right.” I’d have to agree with that–in fact, that was exactly what I was thinking as I walked through the exhibit. 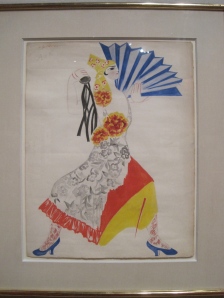 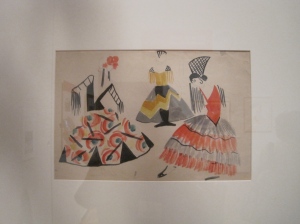 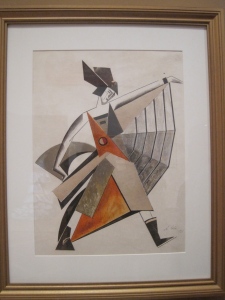 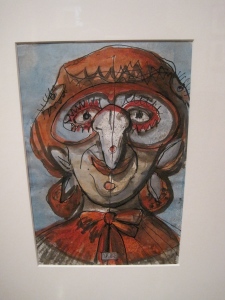 Of course, it wouldn’t be a San Antonio museum if it didn’t have a Feista Gown or two. This one is particularly stunning. 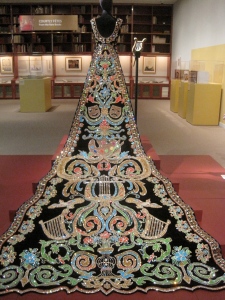 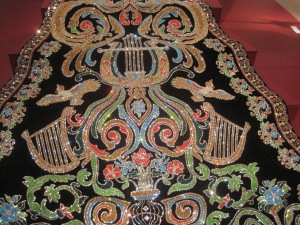 In some ways, the setting was just as important as the art. The gardens, the steps, the decorative detail, were all visually stunning. And to think, one woman made all of this happen. 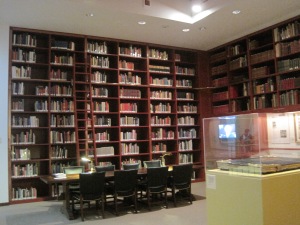 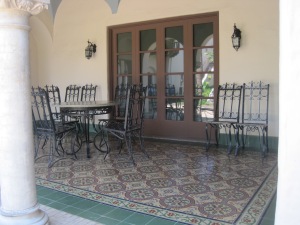 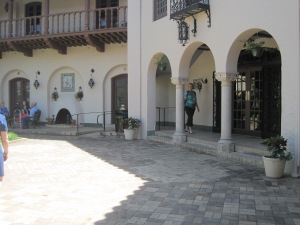 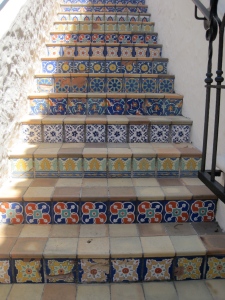 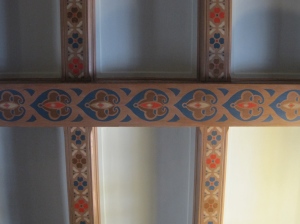 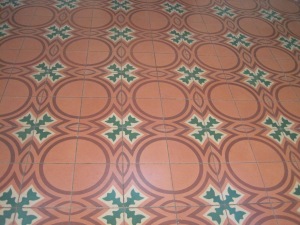 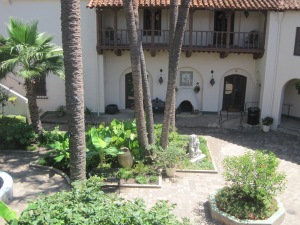 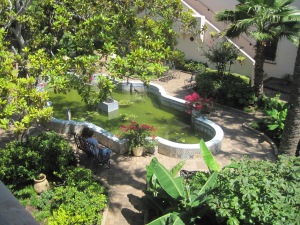 I spent so much time wandering the rooms of the McNay, I ran out of time. I did not get to fully enjoy Norman Rockwell: Behind the Camera. I had about ten minutes to quickly cruise this exhibit before getting back on the bus. I wish I had started with the Rockwell exhibit! I had no idea it would be so interesting. It turns out that Norman Rockwell worked with friends and family to create scenes that were photographed. He later used those photos to create his paintings. It was a wonderful peak into his process, and I really wish I had had more time. I think I might just have to buy the book.