In the next few weeks, I am going to be jumping all over the place here—back to China, then to Florida, maybe to Houston, my studio, hiking, whatever I feel like sharing on Wednesdays and Saturdays. That is the goal.

While Camouflage: In Plain Sight is no longer on view at the Anchorage Museum, I still feel the experience is worth sharing here. And if you want to learn even more please go to the museum archive.

The exhibition is called Camouflage: In Plain Sight, but it also could have been called Camouflage from All Angles because that is what the curators did. They circled around the idea of camouflage zooming in at certain incredible moments. I loved it all.

Any selection of words in quotes is from the actual signage at the exhibition.

On the museum website, the curators talk about the exhibit in this way, “Through the lenses of natural history, military history, art, design, technology, fashion and popular culture, Camouflage: In Plain Sight highlights the contrast between the functional and cultural.” 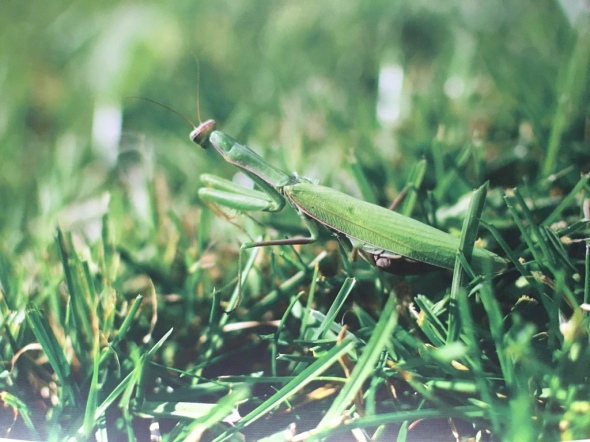 Or to put it another way, “Its patterns are perfected in nature, have been adapted by the military and co-opted by the fashion industry. Nature invented camouflage, humans appropriated it, culture and society continue to transform it.”

“Camouflage is concealment by design. Camouflage doesn’t create illusion, but substitutes new illusions for old. It’s psychology plays with the ways our eyes and brain see.”

The bugs you have been looking at are prefect examples of camouflage in nature.

The military was the first to co-op the power of camouflage from nature.

“Razzle Dazzle was used extensively on ships in WWI and WWII. The pattern was based on disruptive patterning and was intended to confuse, rather than conceal, by breaking up the shape and outline of the ship.” 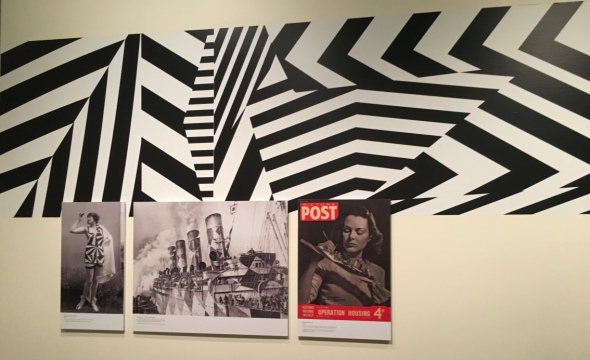 I first learned of Razzle Dazzle when Wendy Hoag, a student of mine, shared a quilt she had created. 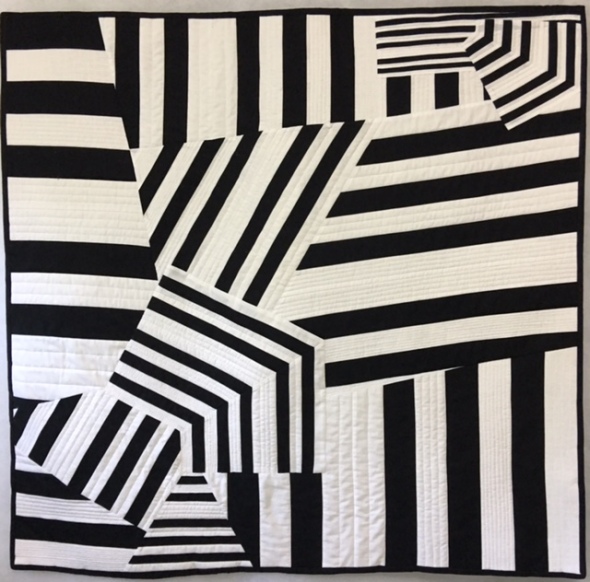 It is based on her daughter’s tattoo art work. Which was based on Razzle Dazzle.

“The British Army created the Brushstroke pattern, one of the earliest known camouflage patterns, considered to be the model for other forms of military camouflage.”

Rain Camouflage was used by the Warsaw Pact Countries of Eastern Europe during WWII.

Chocolate Chip Camouflage is my first real life memory of seeing soldiers in camouflage. It was used widely during Operation Dessert Storm/Shield.

Camouflage wasn’t just used on humans. It was also used on buildings and structures. This photo was taken during WWII in Seward, Alaska where camouflage was used on homes to ward off attacks from Japan.

Then hunters got with it. It makes sense. The hunted camouflage themselves, so the hunters need to up their game. Strangely—you think it would have happened years ago—in 2011, arctic whale hunters started wearing these jackets. 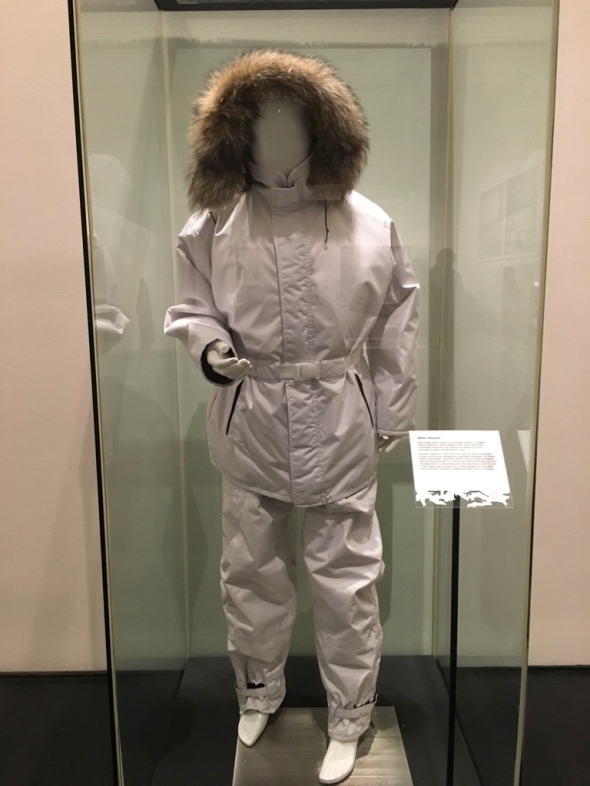 Eventually camouflage moved into the world of art and culture. One of Nick Cave’s Sounds Suits was on display, but we were not allowed to photograph it. So let’s just pretend this is the one that was there. Oh, I love these Sound Suits. If you want more, just google Nick Cave’s Sound Suits. Be prepared for a riot of color and texture.

Warhol’s work was also there, but you could not photograph it either. Still you get the idea. Major artists have successfully appropriated camouflage into their artwork.

My favorite artist on view was Liu Bolin.

“Liu Bolin is a Chinese performance artist and  photographer known for immersing himself in environments, earning him the nickname “The Invisible Man.”

Liu’s Hiding in the City obscures the artist by way paint as camouflage. a “silent protest” as a form of social and political critique of his country’s practices in the years since the Cultural Revolution.” 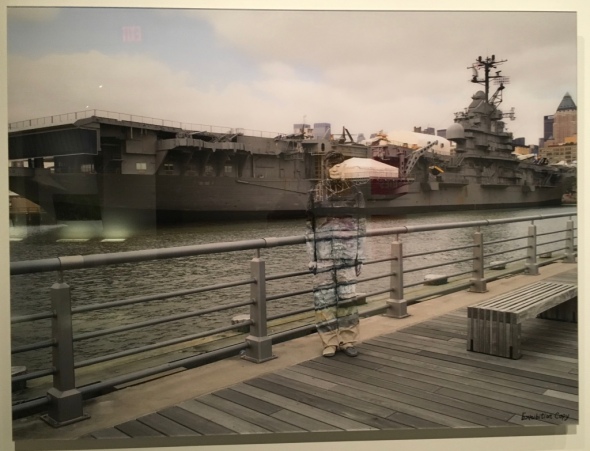 And from art, camouflage moved into fashion.

And finally—the real wow event of the exhibition for me— camouflage as fashion that really does camouflage.

“The Ishu is a scarf created by Saif Siddiqui, a fashion designer from New Delhi. The Ishu scarf was designed to shield celebrities from paparazzi harassment…Made from highly-reflective fabric with thousands of nano-spherical crystals, a camera’s flash makes the scarf light up in a brilliant white darkening the rest of the image so much so that it becomes unrecognizable.”

Here is the scarf photographed without the flash.

Here is the scarf photographed with a flash.

Wild. Wild. Wild. It kind of makes you want to make a camouflage quilt doesn’t it?

Like Loading...
18 Feb This entry was published on February 18, 2017 at 1:16 PM. It’s filed under Art in Place and tagged Anchorage Museum at the Rasmuson Center, Camouflage: In Plain Sight. Bookmark the permalink. Follow any comments here with the RSS feed for this post.

10 thoughts on “Camouflage: In Plain Sight”