The day after the quilt judging at the Chinese International Patchwork Festival and Tournament there was an awards ceremony. It was a BIG deal with dignitaries, assigned seating, and lots of media attention. 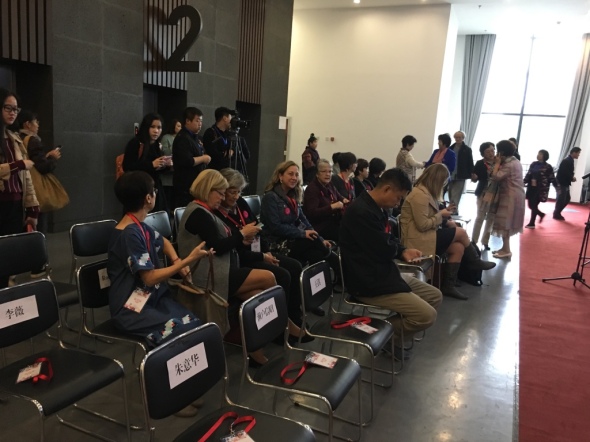 My favorite aspect of the ceremony was something you will have to imagine as I did not capture it with my camera. Throughout the ceremony, Star War’s style music was being played, blared at times, in the background.

It truly was an EVENT.

Every major player in the festival gave a short speech. Patrick, who was also one of the translators for the workshops, translated each speech into English. He is a professional translator and teaches English at the best high school in Beijing.

Kane was the coordinator we worked with prior to arriving in Beijing. 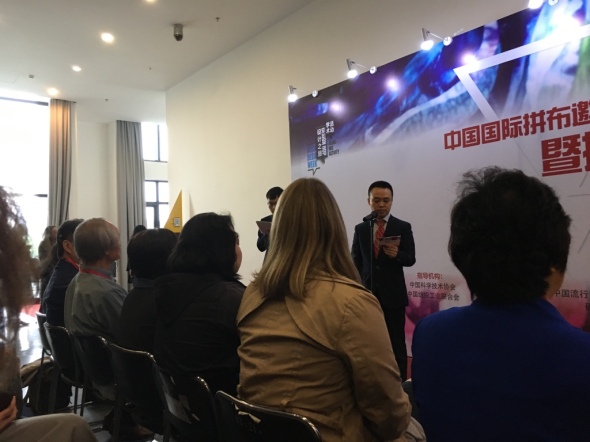 This is Shaw. She is Kane’s boss and the woman in charge of the entire event. 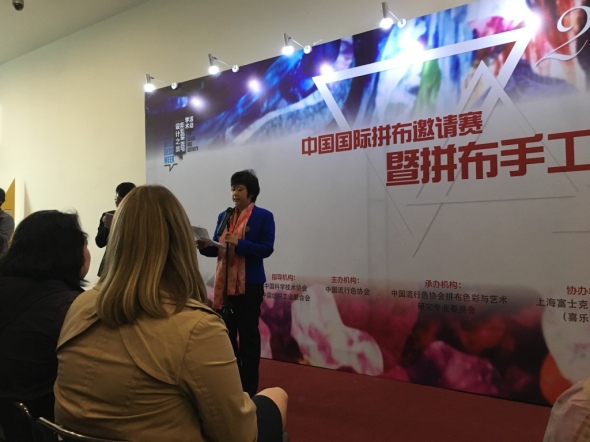 Madame Chen gave a moving speech about how we were at a brilliant moment in Chinese’s history—the moment when they embrace the art of quilting and begin their own tradition.

For each award category, the winners were brought to the stage and dignitaries were brought forward to give the awards. I got to give an award!

Some prizes included things beyond money, and they were displayed along with the winner.

It was super exciting, and I must admit I teared up more than once. I truly felt like I was a part of something so much bigger than a simple award ceremony. I was part of a beginning.

After the awards ceremony, it was lunch time. We ate in this classroom/meeting room everyday. We were served a sort of Chinese boxed lunch.

Each day it was different, but equally delicious. The Chinese eat an assortment of things at every meal—rice, bits of meat, different vegetables, all with different tastes and textures. Notice the newspapers–an efficent way to have clean tables. 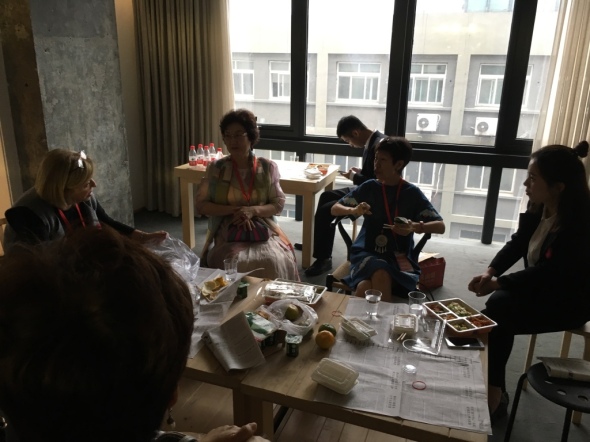 They are not coffee drinkers. The only dairy they consume is a sort of yogurt  you can see Rosie eating here with her chopsticks.

After lunch, the first workshops were held. Two classes were set up. One downstairs.

And one upstairs. I taught that afternoon in the upstairs classroom. 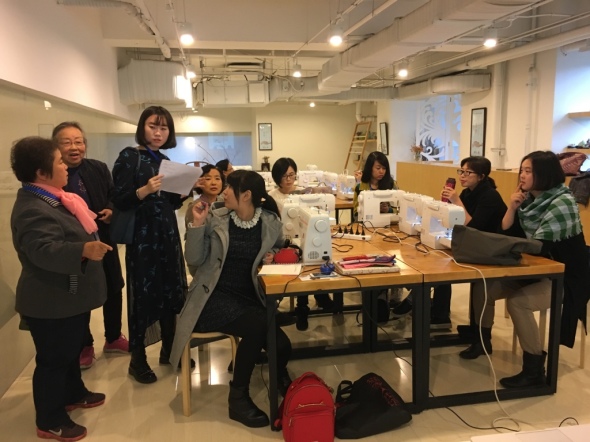 Patrick was my translator. We met earlier in the day to go over a script I had given him. He was very attentive to detail. I truly appreciated his high standards. He understood that there were words related to quilting that he didn’t understand and asked for clarification. He was very good. 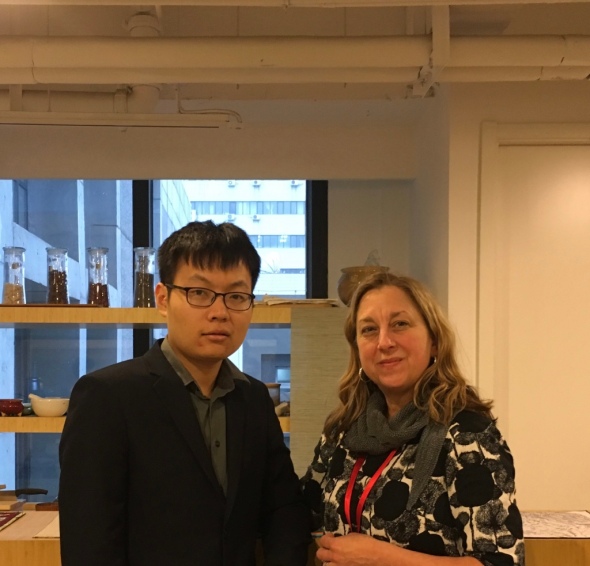 There was a film crew and several photographers documenting the workshop. I asked about it later and was told that the video and photos would be used for educational purposes. This wasn’t in our contracts and felt a bit weird for a westerner—but the truth is China has a very different notion of ownership.

I had brought a large selection of my SAQA Auction Quilts. These are small art quilts made by the members of SAQA and auctioned off to raise money for the organization. Here you can see my students lined up to view the SAQA quilts.

You can read more about my collection here and here .

My students were fascinated by these quilts. They examined and photographed all of them—both front and back!

At the end of class we had a photo session. My students spent quite a bit of time arranging the photo shoot. Every thing and every person had to be just so.

The day ended with a large celebratory dinner. Lots of drinking. Even Madame Chen made us drink to the bottom of our glasses several times. 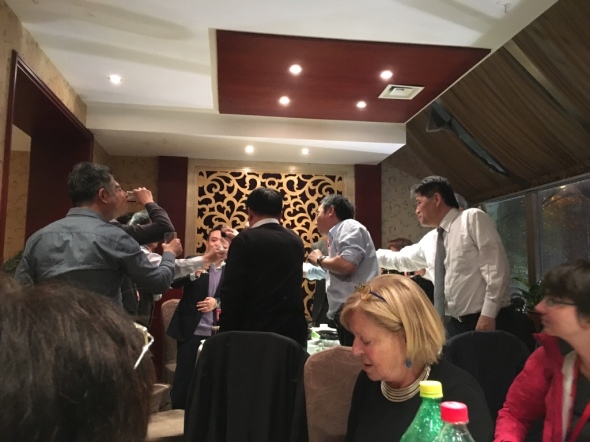 It was a great day.

PS The header image is of some of Madam Chen’s amazing handwork. It features that three stitch stitch.

Like Loading...
11 Feb This entry was published on February 11, 2017 at 11:37 AM. It’s filed under About Teaching, News And Events and tagged 2016 China International Patchwork Invitational Tournament & Patchwork Arts Show, Beijing China, Workshops. Bookmark the permalink. Follow any comments here with the RSS feed for this post.

Older: Patchwork China- The Quilts
Newer: Quilting by the Lake 2017